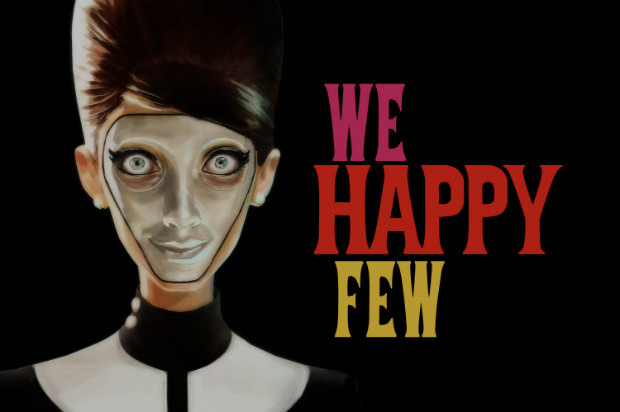 Compulsion Games finally released We Happy Few in the “early access”. The game is available in the Steam, but it continues to develop and evolve.
Since March 2015 the creators actively worked on the game. Multiple displays and demonstrations We Happy Few – have become serious enough material for discussion with the theme of ‘similarity to Bioshock “. However, what can be better than feel that all for yourself?

The goal – to escape from Wellington Wells. Residents of this town take medications, which add a lot of bright colors in the dull gray world. If the player dies or if the guards caught you – the game will have to start all over again. In the city there are different areas, each with its own architecture. You are free to choose to fight with the enemies or avoid them

All residents will attack you if they suspect that you do not take the drug. To avoid suspicion, you should from time to time to use the medicine, but should not be abused, as you can forget about your goal. Taking the pill changes the perception of the surrounding world. Drug addicts and the homeless, whom we saw before the tablets became successful and well-groomed people and turns a dead rat in a colorful candy piñata. Authorities also poison drinking water with medicine.

Escape will take more than one day. You have an underground shelter, where you can eat, sleep or craft anything.

We Happy Few – is an adventure game in the genre of psychological thriller with elements of survival simulator and roguelike-games. It is procedurally generated locations and the environment, which will allow each “new game” feels different. She developed an independent Canadian indie studio Compulsion Games.

We Happy Few will be released later this year on the XO and PC. At this moment it is already possible to touch in “early access”.