We finally saw a gameplay of this game 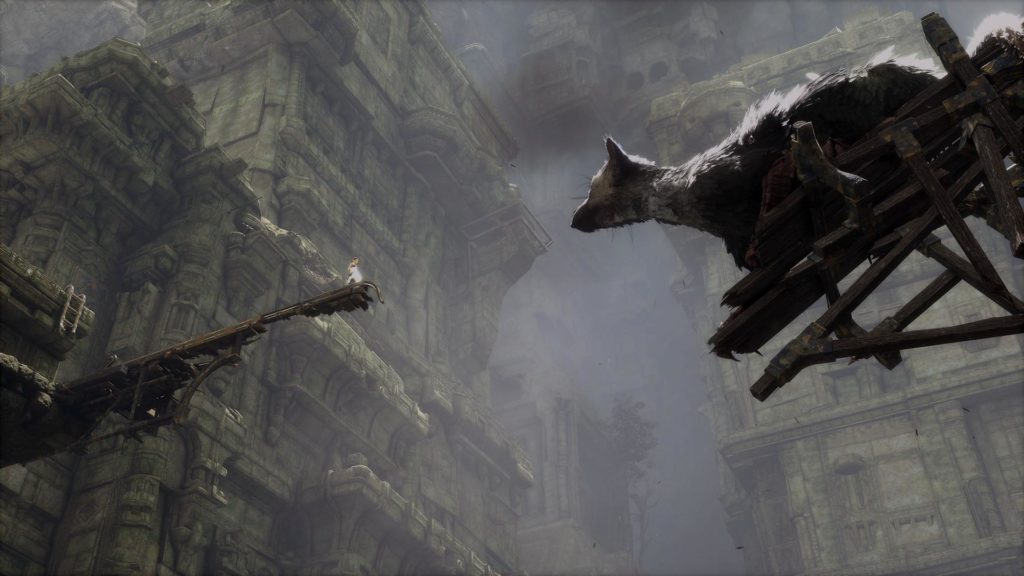 Sony Interactive Entertainment decided to demonstrate gameplay of The Last Guardian. Now we have a 15 minutes of pure gameplay.

Future exclusive for the PlayStation 4, is preparing to releasing (if not outsource again) in December 6, 2016. In the meantime, we can get acquainted with the gameplay. In fact, this is the first demonstration of this impressive game, fully responding to the most urgent questions.

The makers of The Last Guardian shared fifteen minutes of gameplay of adventure, which, by the way, was recorded on a normal PlayStation 4 at 1080p.

Briefly on what we saw:

Firstly, The Last Guardian – that’s for sure an adventure game in the third person with elements of puzzle quest. The player will run, climb, and solve various problems, often associated with pushing and carrying objects. With the help of his faithful friend, incomprehensible giant creature, Main Hero will travel on the destroyed temple.

Secondly, the graphics looks like a bit outdated. At least, for the demonstration, they not create a feeling, that in front of us a modern game of 2016 year. We were pleased with the idea and spectacular action, but the animation of the boy, to put it mildly, is “wooden“. But the strange creature animated flawlessly – no bugs, no clipping textures, no naked static – everything is very expressive and emotional.

In general, the game looks very intriguing. We are waiting for the release.

By the way, do not be surprised that even now, when before the release of The Last Guardian (scheduled for December 7) left nothing at all, Sony so rarely shows footage from the game. The plot plays an important role in the new project, and the authors do not want to spoil it in advance in the videos.

Try to read another articles: