In the previous year, JRPG series Persona celebrated their 20 anniversary. And fifth part of this game was released the same day. As most of the japan jrpg, it was released firstly in the homeland, and released in the all rest world only after a half year. Despite the fact that these games are so Japan, they have a lot of fans in the west. 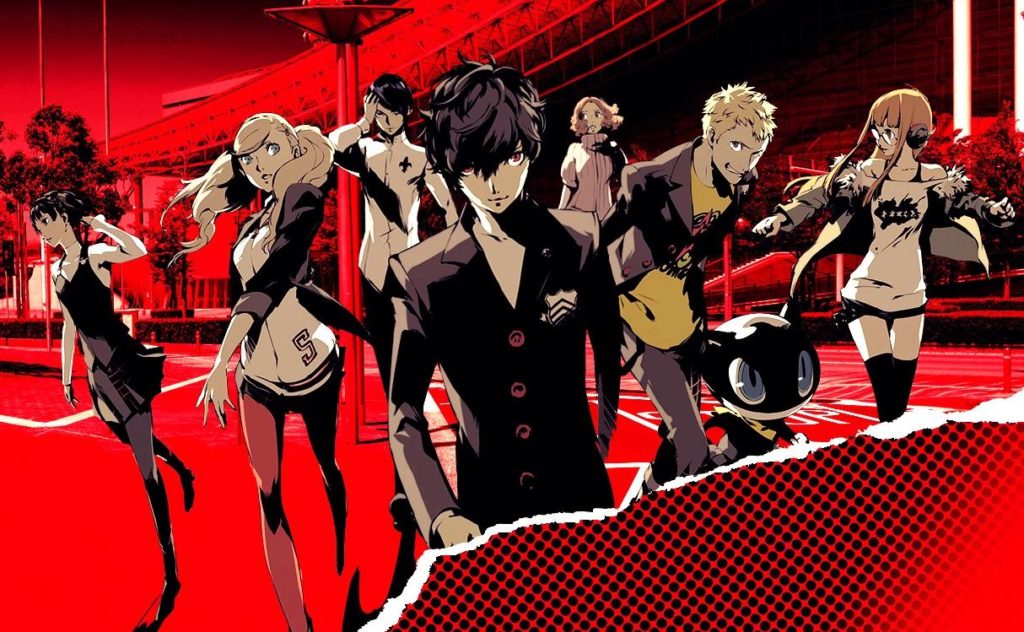 Persona 5 highlighted with their bright color scheme. As we all know good clothes open all doors.

And this game only emphasizes this proverb. After seeing this awesome style, I just couldn’t come to my senses. The design of the menu, battles, the animation transitions between scenes – all this looks amazing and effective, and without unnecessary details.

Graphically the game is very similar to Catherine than previous games in the series. The characters, though executed in the anime style, but has human proportions and look realistic. 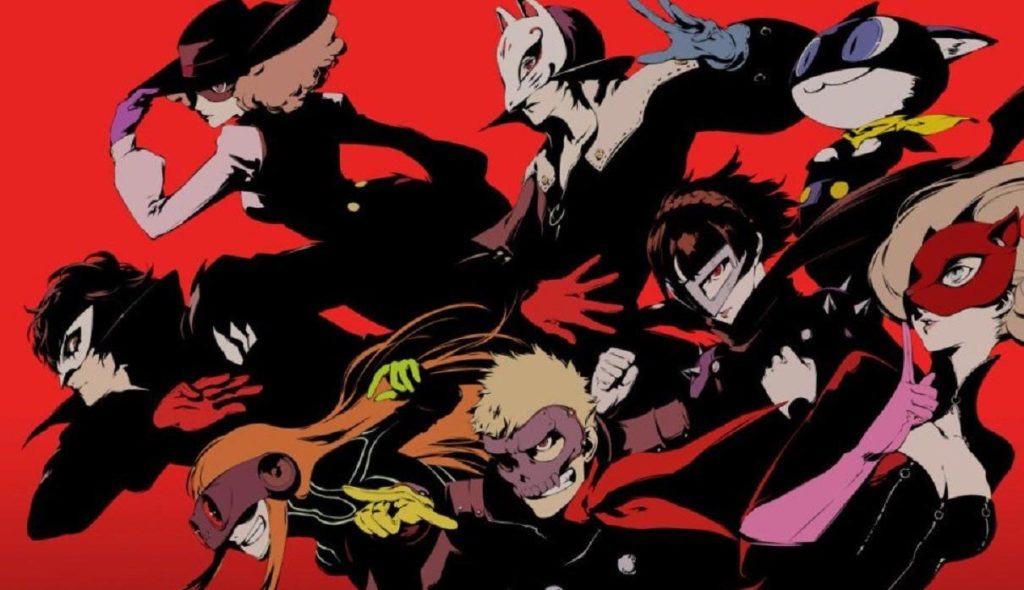 All Persona games occur in the modern world, and each part tells about a group of young people that fight against evil forces. The protagonist is moved to Tokyo and enrolled in the new school. Lonely guy in the new environment, but gradually he finds friends, such lonely persons like himself.

During the game, we will live through the every day. Time management in this game – one of the most basic and recognizable highlights of games in this series. The events of the game begin in April, and you must guide your protagonist through the entire school year.

Your character automatically goes to classes, but sometimes there will be a scene where the teacher asks you a question. If answered correctly – then you will increase your intelligence. And after school all the time remaining in your personal possession. Go on a job, study in the library, visit a gym, watch TV, play games. Just do everything you want!

And do not forget about your new friends. Social connections in this game increase the bond between you. All of them have a personal history, that hooks you up, and you want to help them with all heart. And also each of your buddies creates a special connection with you, that grants you powers. 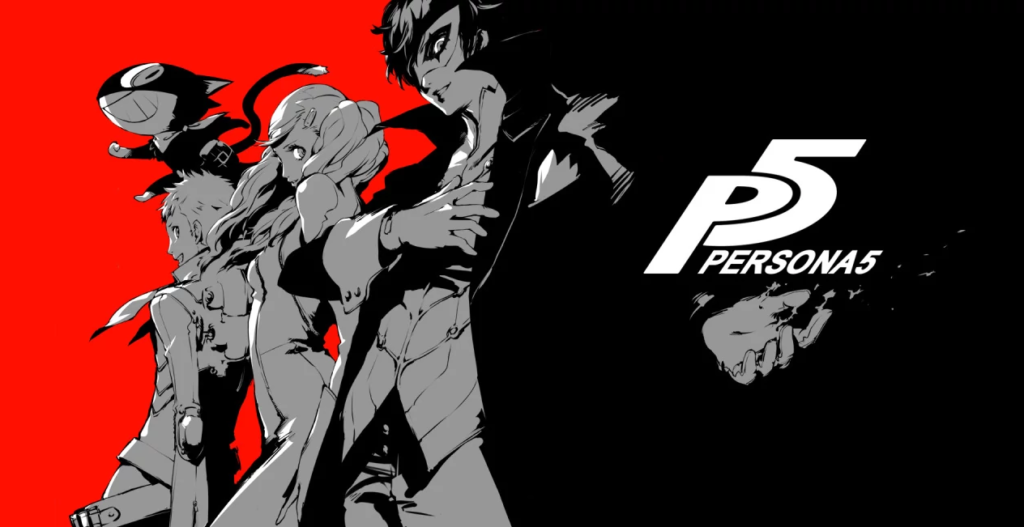 Persona 5 main heroes awaken their powers and can travel between the worlds. United in a group called Phantom Thieves of Hearts, students aim to clear the heart of evil, greedy, lustful (and the list goes on) influential adults or confused people with severe fate and sparing many from suffering.

So, how does the thieves gang work? Joker and his comrades find a suitable target and then infiltrate into its inner world, which is called by the palace. Every such palace is unique and embodies the dark thoughts of the master. A vain and cruel teacher represents himself as the king of the castle, and a greedy mobster, in another reality, manages the bank. The main task of the Phantom this is not even to defeat the owner of the palace, but to steal the most precious treasure of him. Then the villain confesses and tell about his crimes in the real world and receive the punishment that he deserves.

The palaces are working well. They’re very confusing and complicated in a good way. The shadows (enemies in this game) are visible only in close range, and at each new location they take on new guises: for example, in a bank, they are guards with batons, and in the castle, they are armored knights.

Fight with a Shadows

Persona 5 did not experiment with the real-time combat system and left the traditional turn-based battles. And if you’re talking about battles, then it’s time to talk about the personas – those very creatures that gave the title of the whole series. It is they who play a key role in battles and use different spells, while our group does not use magic directly. The Joker can have fourteen different personas, but his buddies in this plan have been severely restricted — each can have only one. But if you develop a relationship between them and the main character to the maximum, tenth rank, then their personas are automatically transformed.

After you nearly win the battle, monsters can call for mercy. And here you will have three options:

Collecting personas is useful since they can fuse to get more powerful samples. Also, you can execute these personas to increase the power of other. It looks creepy, just like the owner of The Velvet Room, where all these manipulations take place.

Persona 5 talks not about some fictional situations but the problems of modern society, using mystical dark forces. But this part of fiction is just a means by which heroes can fight against dishonest people and help those who find themselves in a difficult situation. Persona 5 tells a story that leads to thought and does not descend into drama but leaves room for a mass of comical moments.

Try to give some attention to some other articles like: