Deus-Ex has a worthy sequel? 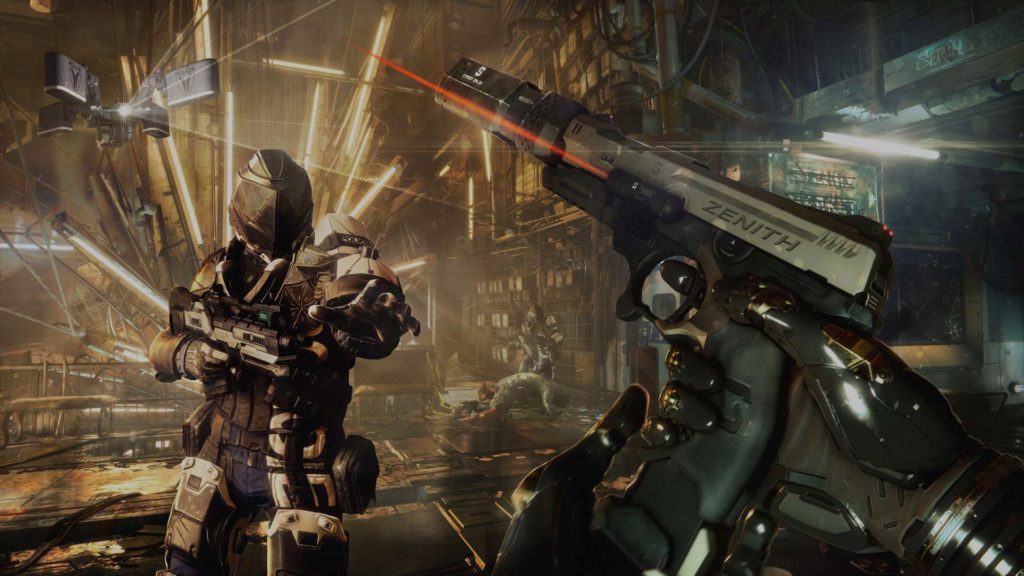 Video games have been found us guilty of slacking many times. Such is the magic of video games that they can cause us to spend hours in front of our PC or Playstation even if we have lots of pending work. The charisma of good video games is that they sharpen the navigation and concentration skills of the players. If you are a true admirer of video games, you must swear by the reviews of the games whenever a new game is released. Here, we will provide you with the review of Deus-Ex: Mankind Divided. If you are preparing a list of your top favorite video games, we can assure you that this one is going to be present right up there.

Any game which bears the prefix of Deus-Ex has a lot of responsibilities to fulfill. The franchise has raised the bar of expectations for themselves by providing quality games one after the other. The successor of this game Deus-Ex: Mankind Divided is Dues Ex: Human Revolution. This game too has been consistent enough and has maintained the firm blueprint of the gameplay that thrives on stealth driven by choices. Also, the series is defined by the RPG Gameplay. The most outstanding feature of this game which makes it a class apart from the others is the excellent map as well as the designs of the missions. The realized version of Deus ex: Mankind Divided is very attractive and substantial as well as multi-part quests are incorporated in the game. These quests will provide you with lots of opportunities that will need you to leverage its toy chest filled with abilities as well as cool gadgets. 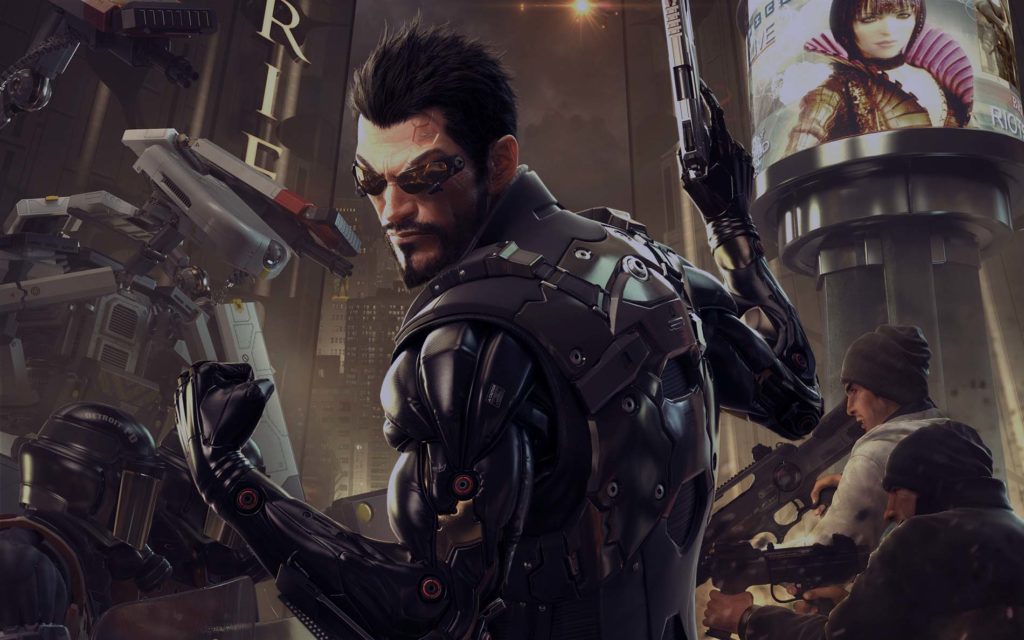 The story of the game is just a little limited in scope if you compare it with the far-reaching conspiracies which the plot often refers to. But, however, if you are considering raw gameplay as the defining parameter of the game, then Deus-Ex: Mankind Divided is certainly the best video game.

If you play the game, it will make you feel that you are a cybernetically enhanced agent who cannot be withstood by any security agency more than any other game. There are a limited number of new as well as experimental augments which can be wired into Adam Jensen, the grizzled cyborg protagonist. These augments are partially responsible for the elevated feeling that you will experience while playing the game. The Titan Armor drains quite a lot of energy and ripples in anger when it shrugs off anything ranging from grenades to bullets. In order to incapacitate multiple targets that are present at a range, the Tesla Arm attachment locks onto it. Whenever someone has an immediate necessity of dying, the nanoblade launcher which is mounted on the arms pierces through the flesh as well as the armor is a similar manner. This results in knocking the particular target totally off their feet as well as employing tremendous force in order to pin the corpse to the nearest wall that is available.

The real potential of the game lies in the very carefully crafted environments that are showcased in the games and a lot of effort has been put into creating them. For example, you will be able to cover short distances just in the blink of an eye with the help of Icarus Dash which is regarded as a very good escape tool. Also, it can be considered a very nice gap closer which is used for quickly knocking out guards from a few locations. Many players have reported that they were convinced about it until they discovered subtle new routes that can be used for taking towards the objectives. They also claimed to dash across a series of rafters that were present high above a whole room of enemies. Also, it could be used to dash directly to a second-story window from the ground level. This is actually synergized with perfectly with the Remote Hacking aug and it is considered to be the most transformative upgrade. If you experiment with it, then you will be able to manipulate everything ranging from laser grids as well as mines to ladders and even window shutters. This will, in turn, give rise to new opportunities that which were totally invisible to you when you first came across the game. The harmonious relationship that exists between the machines, as well as the environmental designs, extends as far as to return the augments too. This, therefore, leads a sense of value as well as purpose to the upgrade which might seem to be even very basic.

You must be wondering what all this hacking, leaping and sneaking a way into some place leads to. It would be boring if there was nothing to discover, right? Well, the ways of high-tech infiltration are always awarded in some way or the other. Even the most innocent looking place can lead to a fascinating place filled with secrets and surprises. The developer of this genius game, Eidos Montreal is willing in order to allow us to overlook this if we are not thorough in searching and it is a bit surprising.

If you consider the terms in complexity as well as design, these optional adventures that you are coming across has no lesser sophistication than the main quest-line. Fetch quests or even some simple hit jobs would not be available here. These are actually from long-form assignments that have loads of moving parts and will prompt you to find several solutions in every step that you will come across.

Let us describe how they begin. It is like you chance upon a random e-mail Id which you had read on a laptop that you had hacked. After probably three steps, you will be kidnapping or even sneaking your way into an underground drug lab in order to successfully end everything. You might be wondering how you would convince a lab worker to help you for shutting down their manufacturing machines if you do not have a Social Enhancement aug. if you do not, what can be the solution? They are gated off with the aid of a high fence which is locked behind a computer keypad that is armed with the maximum hacking defense. Even if you manage to get past them, there are lots of infrared sensors along with cameras as well as an automated sentry turret. All these are overlapping the sight lines of each other. One of the probable solutions is that you can hack that keypad, provided that you have put in enough points in the aug. You will need quite some amount of luck as well as the right software meant for hacking in order to accomplish the job. If you cannot succeed in hacking, there is still a solution. You just have to start to tempt the guards and knock them out till you have got hold of the code for the keypad on him. This will be really smooth if you are able to execute it properly. 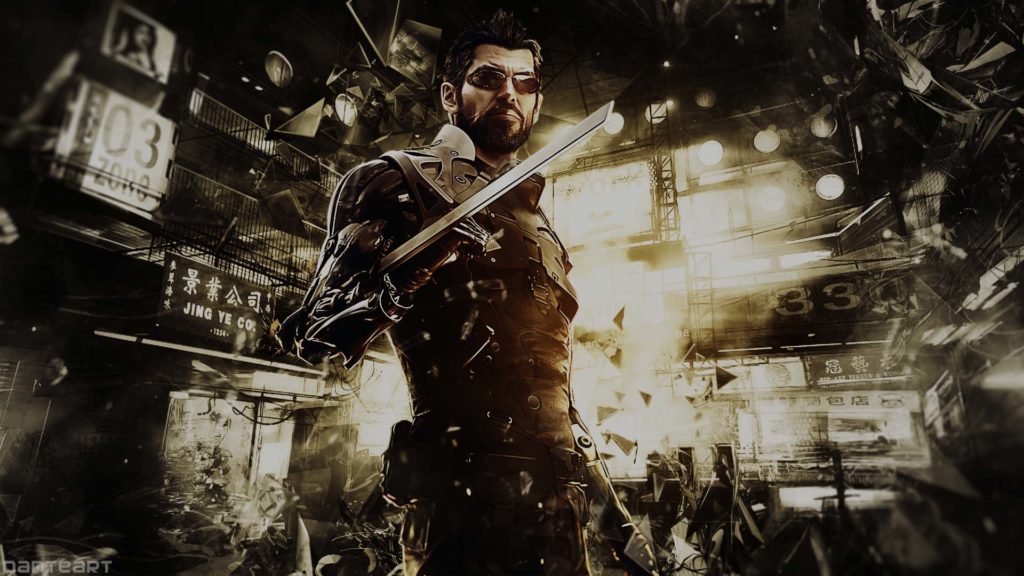 All the missions in Deus-Ex: Machine Divide are designed extremely meticulously and the design resembles an interlocking matrix of questions that are succeeded by lots of equally interesting answers. The game thrives on the moment-to-moment experience that has been taking place since Human Revolution. This is perhaps the best feature of the game.

The game probably has just one drawback, that the plot of the game is not much ambitious, especially in the wake of events that put a close to Human Revolution. Still, the plot is well-produced and is equipped with dedicated as well as credible performances by the whole voice cast. But, still, there is a feeling that the story has got stuck in second gear. The campaigns ranging from 20 hours to 30 hours remain strictly focused on finding the truth that might be present behind a bombing which occurs right off the bat. As the game progresses and greater investigations take place, it becomes very clear that there are greater places that are the masterminds behind this. Since the other aspects of the game are so good, such minor problems can be overlooked.

Apart from a bit underdeveloped plot, Deus Ex: Machine Divided has shown a lot of improvements when you compare it with its predecessor. The environments in the game are designed to perfection. Also, they are replete with possibilities. The environments maintain their coherence very well as well as support a big variety of routes along with character builds. They also support Jensen’s novel feats that display techno-wizardry of the highest order, thus adding a new dimension to both combat as well as exploration. Mankind Divided is such a game that it will never stop from providing you with numerous challenges as well as fuelling your curiosity. This has proved to be helpful in prompting you to weigh your decisions while moving along the way and exploring the fascinating, ruined world. Do not miss an opportunity to play this game, you will not regret it!

Other articles about games: