League of Legends: Elo rating and all about it

League of Legends is a super popular MOBA that was created by the father of Dota and a few talented developers. And their names are: 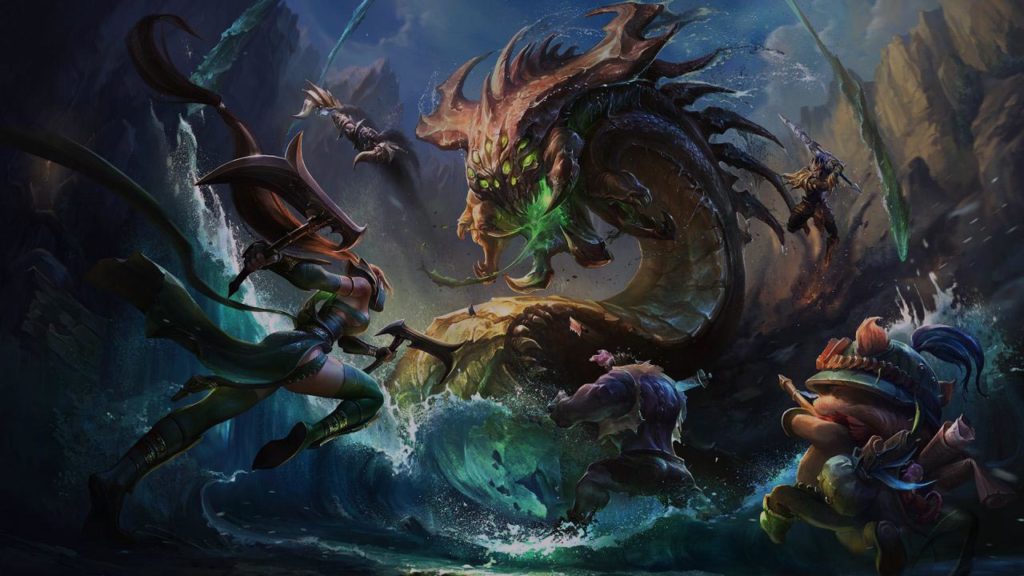 Each game is unique because the combination of artifacts (items) and champions is unimaginable. There is a ton of item builds, masteries or runes just for a 1 champion. Just imagine all these possibilities and you can imagine the scale of this great game.All champions fight in the arena that called as Summoner’s Rift. They fight with each other just to destroy Nexus of the opposite team. But Nexus is heavily protected by powerful towers, countless minions and aggressive Champions that are thirsty for your blood.

There is 3 pathes to the Nexus, and on each of them standing 4 Towers that deal great damage to Champions. Also every 30 second Inhibitors that lies behind 3rd tower spawn a wave of Minions. And do not forget about opposite Champions that will save their constructions even by the cost of their lives. Every new game Champion progression start with 1st level, and you can choose buildes by yourself. While summoner promotes his champion he get new level, new abilities and buy new artifacts, that enhance his characteristics.

Champions are diveded by classes:

Recently Riot registered 100 millions of players, and how they divide player by their skill? It is simple, Riot using Elo rating system.

Elo coefficient – method of calculation of the relative strength of the players in games. Firstly Elo was used in Chess. This rating system was developed by the American physics – professor Arpad Elo. 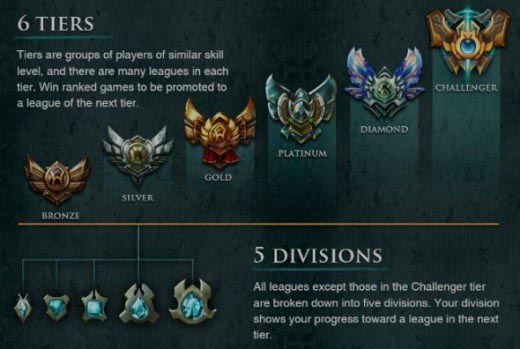 But let’s go back to the League of Legends. In that game Elo means just the same – your personal rating that calculated in game and by game. If you perform your tasks well and win games then your ELO will rise until you will get to your level. But even if you played game perfectly and you lose, you will lose some Elo points anyway. So in fact fate of your ELO rating depends not only on you, but also on entire team. So try to be polite with your team members and always play as one team. Remember that you can not win games in solo.

There is a several ways to rise your ELO:

Let’s look at all these ways more closely.

To boost your Elo rating you need to win many matches, so you need to play perfectly, know your champions, and best item buildes, masteries and runes for them. But all that games will look the same.  In most of your games your item buildes will be the same as they was in previous games and all of this will be very boring, but if you play on result this is the BEST WAY.

Play with friends to combine champions 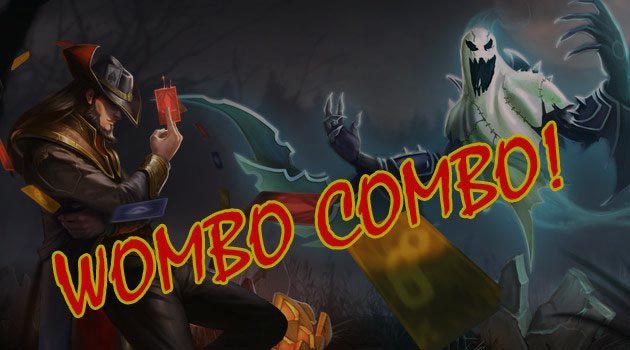 While you play in group there always is a big chance that you will fight against another premade party. These games will be much harder because enemies might have a great cooperation and may be their own great tactics. But while you playing with strong opponents you will became stronger, and do not lose heart at the first failure

Yes this is the best way to take pleasure from a game. Of course there is a chance that you will meet toxic players, that will crush your mood. And the biggest problem that the Lower your Elo Rating, the Higher is chance to meet such persons. So before trying that method try to calibrate your Elo rating as high as you can, or you can always choose easy way > buy ranked boost

Yeah that way is the fastest way from the “Elo hell” to the top. You just pay some money and after a short period of time you will get your account, with high elo rank, back. Of course this way requires some money, but at high rankes of League of Legends percentage of Toxic players is so low, that almost every game will bring pure pleasure to you. So it is definitely worth that money that you will spent.

So let’s highlight some of the elo boosting methods:

Let me introduce one of the best companies, that provides the best Elo Boosting – the source.

Boosteria is a company that have many skillful boosters and the cheapest prices that you can find in web. It is one of the most well known services that boosting Elo rating in League of Legends. If you ask yourself in what points Boosteria is different than any other Elo boost companies, then here is some Advantages of Boosteria. 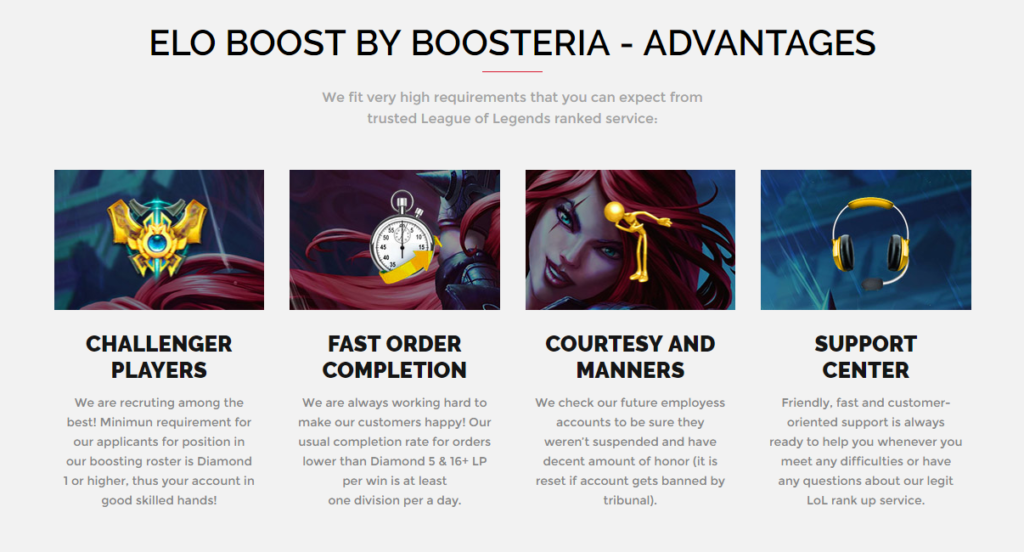 Boosteria works almost all over the world except some Asian regions like China and South Korea.  If you choose Boosteria company, then you will not be disappointed by the results! That company always have amazing results, just look at them.

So if you want to play comfortable games, and do not bother about your Elo rating, then just go to the best elo boosting company in the world – Boosteria and buy ranked boost right now.