Bethesda Softworks published a new trailer The Evil Within 2, which again explains the plot of the upcoming horror from the creator of Resident Evil – Shinji Mikami and his studio Tango Gameworks, as well as gives an idea of the gameplay of the project.

Returning to the STEM

In fact, The Evil Within 2 is a direct continuation of the original of 2014, only this time the main character Sebastian Castellanos voluntarily returns to the nightmarish world of STEM a few years after the events in that terrible mental hospital in order to find and save Lily’s daughter.

The trouble is that STEM collapses, and Lily, whom Sebastian considered dead, can now perish forever. For the sake of the daughter, the desperate protagonist of The Evil Within 2 will fight with many monsters. Some of them are his inner demons, tormenting the psyche, while the rest are just awful creatures.

Fortunately, the arsenal of Sebastian consisting from a lot of weapons that can kill the latter – from knives and mines, triggered when the enemy approaches, to the stretches and substances that ignite in the air. Bethesda also told what is included in the set of “Last Chance“, which will get to you for the reservation The Evil Within 2.

Last Chance | The Evil Within 2 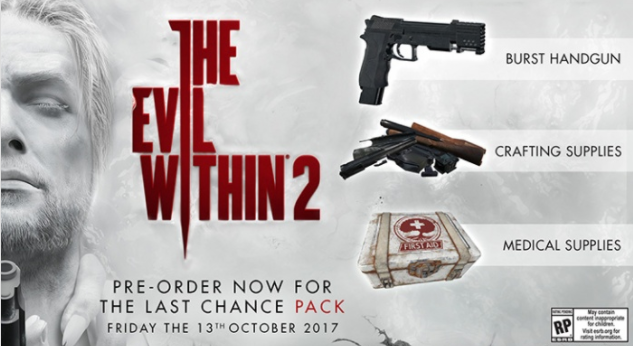 The Evil Within 2 goes on sale October 13 this year on the PlayStation 4, Xbox One and PC. And yes, This horror uses all the power of Xbox One X – 4K, HDR and etc.

Plot | The Evil Within 2

One of the features of The Evil Within is a famously twisted plot that can not be described simply. Bethesda Softworks and Tango Gameworks know this very well, so they prepared a life ring for those who are drowning in narrative intricacies.

The official blog of Bethesda has a list of frequently asked questions and answers. The developers tried to explain in an accessible language the key events of the first part and revealed something about the second one. According to the creators, newcomers without any problems will understand the main conflict in The Evil Within 2. Therefore, the material is useful for those who want to dive into the universe or recall the plot of the original The Evil Within, as well as additions – The Assignment and The Consequence.

So by reference, you can read about the main character Sebastian Castellanos, the hellish world of STEM, the Mobius organization, and the double agent Julie Kidman.

Union | The Evil Within 2

But about the second part, Bethesda Softworks and Tango Gameworks reveal a few additional details. In the center of the new STEM system is the not-distorted Crimson City, familiar to Castellanos, but the whole new world – Union. It should look like an idyllic town from the USA, but something is not right.

The Union is built on the memories of the Core – the girl Lily, daughter of Sebastian, who allegedly died in a fire. Now she is lost in the depths of her own mind, and Union begins to collapse. 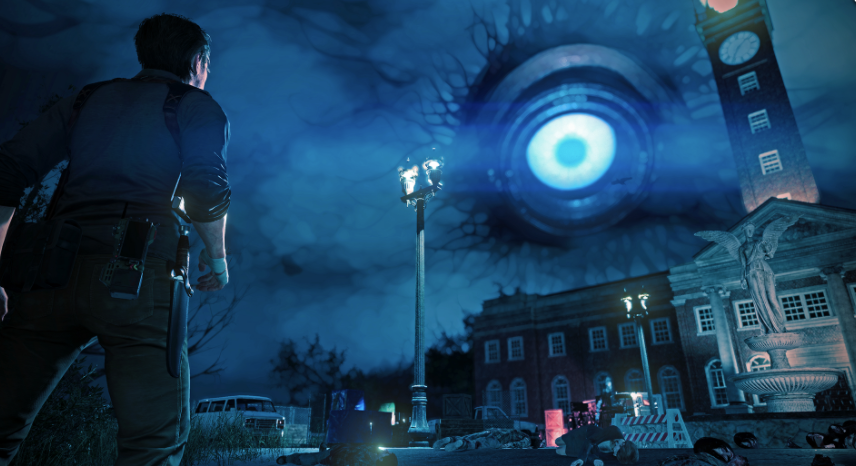 Finding his daughter – there is a protagonist motivation. He is helped by Julie Kidman. However, Lily is not aware of the events of the first part, so in the sequel, it’s better not to wait for old friends – basically, you will meet new characters who had their reasons to go to STEM.

Sebastian is the last person that Mobius will send to Union. Before him, there were other agents, who, as you know, were not very lucky. You can meet them while exploring the world. If you find agents alive, they will offer side quests. Side quests is a right way to get weapons, resources or information.

The developers also remind that Kidman does not go to STEM with Sebastian this time, but remains in the real world and supplies the hero with valuable information. Nevertheless, after the events of the first part and the DLC, Kidman’s views have changed, so you can wait for some plot surprises related to the girl.

Much of the above, however, was already mentioned in a special video, released during E3 2017. There, too, revealed some plot details.