On the past week marketing vice-president of Bethesda Softworks – Pete Hines made a loud noise. Firstly on the PAX West 2017, the developer said that in the nearest 4 months the company will RELEASE a new game, that was not announced even at the E3.

After that, Hines said through Twitter that it was a fake news, and he said that to attract people’s attention to the Bethesda.

But the hope did not cease to flicker in the hearts of the fans and a few days later the Boss of the Bethesda changed his mind and again denied his previous statement. Using tweeter, Hines said he was in a sober state and at the exhibition spoke the absolute truth, and called his past tweet an unsuccessful joke. 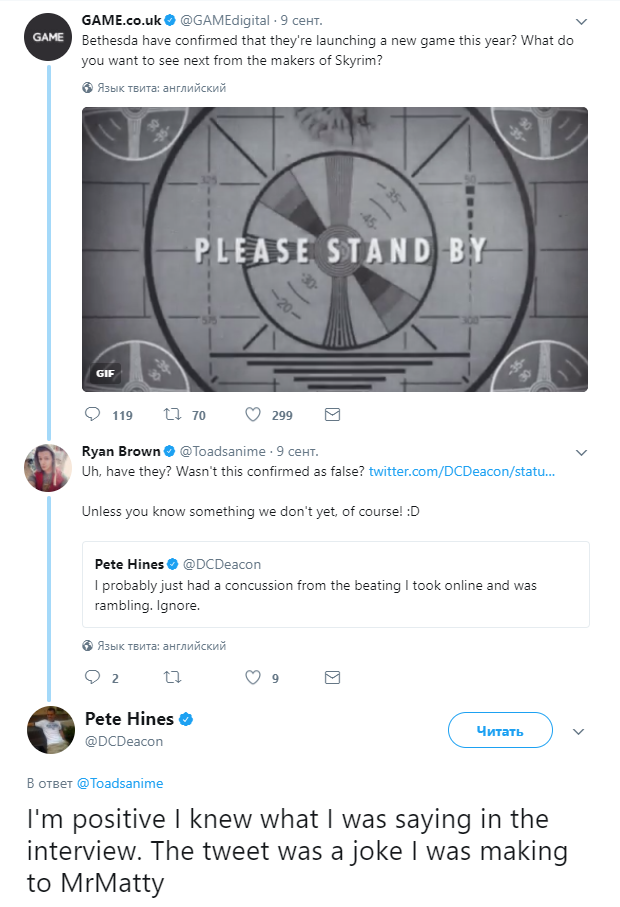 If this is still true, it means that by the end of the year we can wait for not two new games (The Evil Within 2 | Wolfenstein 2) from the E3, but whole three new games, and one of the completely new franchise.